Justin Bieber and Selena Gomez have rekindled their romance after spending the day together on Monday (16.06.14). 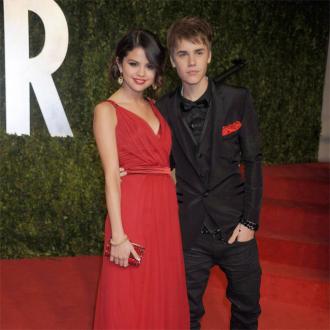 Justin Bieber and Selena Gomez are back together.

The 20-year-old singer and the 'Come & Get It' hitmaker, 21, have rekindled their romance after they spent the day riding around Los Angeles on a three-wheeled motorcycle and getting cosy at their friend Alfredo Flores' birthday party on Monday (16.06.14).

A source told Us Magazine: ''Justin and Selena are definitely full-on back together at the moment. They spent all day riding together on a Can-Am Spyder on Sunset Boulevard ... Justin drove while Selena sat on the back holding on to [him]. He was incredibly sweet with her and they looked super happy and in love.''

However, one pal believes it won't be long before the couple - who have been on/off for three years - call time on their romance again.

The insider close to Justin explained: ''It is always on and off. Same story, every other week, every year. Now they are together again, next week they won't be. They never stop talking, even when you don't see them together -- that never changes. They fight, take a break, and then get back together.''

Meanwhile, Justin sparked speculation he and Selena had patched things up last week when he posted an intimate picture of them together on Instagram, along with the caption, ''Our love is unconditional'', before quickly deleting the snap.

The brunette beauty, who sought treatment in rehab in January, previously reunited with the 'Baby' singer in March, but they split a few weeks later amid rumours she was jealous of his friendship with reality TV star Kylie Jenner, 16.