Justin Bieber And Austin Mahone Set For A Collaboration?

As the pair pose for the same photograph taken inside a record studio, speculation has begun that they are planning to partner for new music. 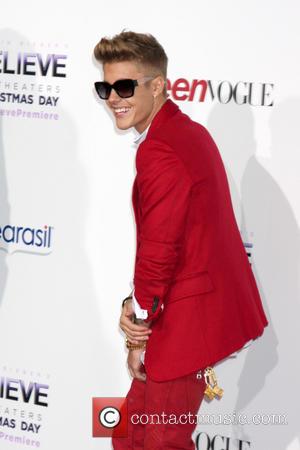 Two of the music industries young rising stars have teased a collaboration.

Justin Bieber and Austin Mahone may have some new music in store for their legion of fans.

The pair posed for the same picture which was taken inside a music studio on Wednesday (April 2nd).

Accompanying the 20 year-old and the 17 year-old in the photo were rappers Mack Maine and Birdman.

But Austin seemed much more excited about the new project and when he shared the same snap, the caption read, "What an amazing song last night..The world isn't ready! @justinbieber."

Birdman also added his piece from the recording session by writing, "Studio flow with tha yung future of music get ready YMCMB."

This partnership was at one point never likely to happen due to the young boys sharing something in common, they have both been linked with Selena Gomez.

But a source revealed to Us Weekly that Bieber and Mahone have mutually respected each other's work for a while now: "Austin and Justin have met before and they really respect each other's music."

"Justin happened to be in the same studio with Birdman," another insider explains to the magazine of their shared recording session. "Austin was in the studio next door recording a song that Justin wrote."

Back in January it was heavily reported that Mahone and Gomez were "seeing each other," after her good friend Taylor Swift, who Austin supported on particular dates for her 'Red Tour'. But towards the end of that month, Mahone confirmed he and the 'Come & Get It' singer are "just friends," and also noted they hang out together whenever he is in Los Angeles.

This may be accurate as speculation has resurfaced this month that Bieber and Gomez are back on, firstly the pair were spotted enjoying a laser tag date in Texas, and only days later hired out the Action Dance Studio after breakfasting together to 'rehearse'.

However things may have been slowed down again after Gomez was subpoenaed to testify in one of the 'Believe' hit maker's ongoing lawsuits.