Is Justin Bieber Capable of Slapping The Black Keys Drummer Around? 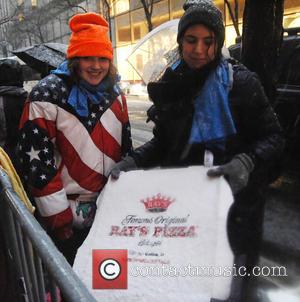 Justin, Justin, Justin. You've got your rapper friends, you've got a couple of million bucks in the bank, but it's been a bad week for you bro. After failing to earn a Grammy nod, young Bieber decided to host a live webcast simultaneously with the awards show (when he promised new music), but the Livestream went over capacity and his plan to steal away viewers from the Grammys broadcast was foiled.

Anyway, fast forward to Sunday evening (February 10, 2013) and Patrick Carney of The Black Keys was collared by TMZ reporters on his way to an after-party. Asked his thoughts on the Bieber snub, Carney not unreasonably suggested, "He's rich, right? I mean, I don't know. Grammys are, like, for music, not for money, and he's making a lot of money. I don't know - he should be happy, I guess." Clearly uncomfortable with the whole thing, Carney later followed up the remarks on Twitter, saying, "It's cool when you get cornered outside your hotel by a guy with a camera and they ask you a dumb question and then put it on TV."

However, it didn't stop Bieber from taking the whole thing rather personally and telling his 34 million followers, "the black keys drummer should be slapped around haha."

What do you think? Did Justin Bieber overreact, or was Patrick Carney wrong to suggest Bieber shouldn't be part of the Grammys?