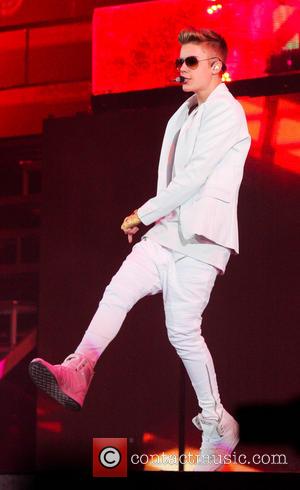 Exclusive backstage access to Justin Bieber has been auctioned off by David Cameron in an effort to raise money for his future election campaigns.

The British government are clearly running out of ideas for money making schemes and it looks like the current economic crisis has gone to the Prime Minister's head. In a bid to take in a bit of cash for his Conservative Party promotions in the next election, Cameron has auctioned off an exclusive meeting with teen popstar Justin Bieber for over £10,000 to one wealthy benefactor at his annual Black and White Party. There's just one issue though; Bieber didn't know about it. Yep, the poor star had no idea that one squealing daughter of some high-up conservative backer was going to be waiting for him backstage at his London O2 Arena show on March 7th 2013. Don't worry though, it was his British label Universal Music UK that donated the privilege so we're sure he's been duly informed now. Still, that doesn't mean he'll be agreeable to the idea of his being used as a money making tool by the British government and, in his current and well-publicized rebellious phase, who knows what his reaction might be!

A spokesperson from Universal Music told The Sun that he 'wouldn't expect to be informed' about something like that, but a Labour Party MP Steve McCabe has branded the Tories 'cynical' in their decision.