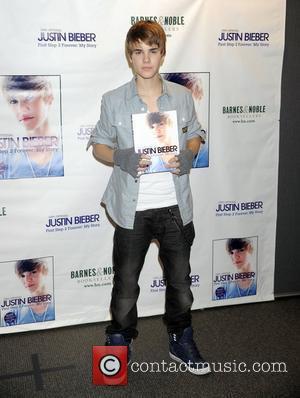 Pop superstar Justin Bieber was left fuming with his mum when she cancelled his cell phone service after a furious bust-up.
The 16-year-old singer is currently chaperoned on tour by his mother Pattie, and he's confessed she still punishes him when he misbehaves.
And the Baby hitmaker was furious with his mum after she decided to take away his phone privileges following an argument.
Bieber tells U.K. DJ Fearne Cotton, "I think every parent and son argue but I love my mom, she's awesome. I think that it's good that she travels with me (but) sometimes I need a break because she's with me 24/7.
"The other day she cancelled my phone plan. We just got into an argument about something stupid and then she was like, 'Give me your phone!' And I was like no, so then she went and cancelled it! Tough!"