Another action-packed week in the world of entertainment saw Justin Bieber hit the headlines for all the wrong reasons in Amsterdam, Psy proved he may not be a one-hit wonder, and Lindsay Lohan did her very best to hold up the Scary Movie 5 premiere. 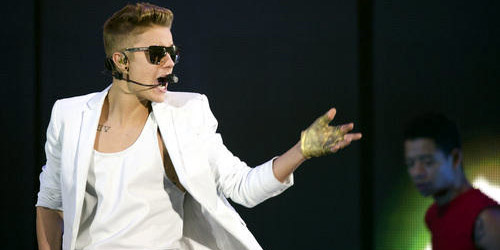 Psy-chic: South Korean rapper Psy appears to know exactly what the public want from their beat heavy catchy pop tunes. Actually, we're still not sure who's watching this guy's tunes, but over 80 million of you have watched the follow-up to Gangnam Style, Gentleman. Come on now, own up.

Fashionably Late? Lindsay Lohan did her best to send the Scary Movie 5 premiere into absolute chaos last week. As publicists, photographers and showbiz journalists waited anxiously for the evening's biggest draw to arrive, guests had already taken their place in the auditorium for the start of the movie. The question is: did she ever show? 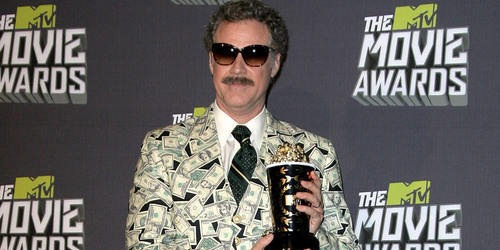 Stage Crash? Car Crash: Was Aubrey Plaza's stage-crashing at the MTV Movie Awards planned? We're almost certain it was, but it was easily one of the most cringe-worthy things we've seen this year.

Zombies On A Plane: Brad Pitt introduced exclusive footage of his forthcoming zombie-thriller World War Z at CinemaCon in Las Vegas this week. Introducing a scene in which the un-dead take over a plane before being sucked out of a gaping hole caused by an explosion, Pitt admitted he and the crew had got "a little carried away" with the film.

The One With The Reunion? Rumors this week suggested NBC bosses had confirmed plans for a Friends reunion for Thanksgiving 2014. Marta Kauffman, the creator of the long-running show, says it's complete rubbish. Sorry guys. 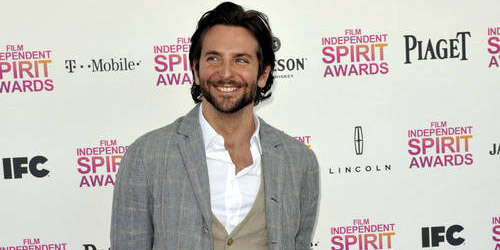 Mommy's Boy: Oscar nominee Bradley Cooper gave a candid interview this week in which he revealed that he is currently living with his mother, following the death of his father a couple of years ago. The 'Hangover III' star sleeps in the next room to his mom too! Aww.

Fox Pulls Family Guy: Fox took the decision to pull a recent episode of Family Guy in light of the Boston bombings this week. Seth MacFarlane also denounced tasteless pranksters who spliced together the episode to form a clip poking fun at the tragedy, during which three people were killed.

Rule The World: Mrs Carter, aka, Beyonce kicked off her huge world tour in Serbia this week, though it wasn't her songs or dance moves that stole the headlines. The former Destiny's Child star appeared to suffer a bizarre wardrobe malfunction, though look a little closer and you'll see it's actually a clever trick of the eye.

Video of the Week: Chris Pine talks about his character James T. Kirk and the characters development in his new film 'Star Trek Into Darkness' in an interview on the red carpet at CinemaCon 2013, Las Vegas. 'This one was really about him earning the chair and learning what it means to be a true captain' the actor explains.