Favorite Girl? Unfortunately, it was always on the cards. Justin Bieber and Selena Gomez went their separate ways this week, owing to their hectic schedules. Though the gossip suggests Justin might have his eyes on a couple of Victoria's Secret models, we can't help but think these two might be back together sooner than you think. Watch this space. 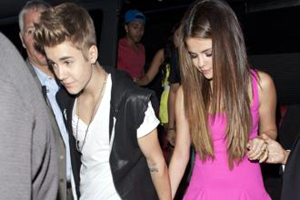 Back in the Game: It was good to see Kristen Stewart and Robert Pattinson back on the Twilight promotional grind this week. Both walked the red-carpet at the Breaking Dawn Part 2 premiere in Los Angeles, holding each other close for the cameras. Who said young love is dead?

Pitt Against Zombies! We here at Contactmusic.com were a little excited this week after the first trailer for World War Z, starring Brad Pitt, hit the web. Forget The Walking Dead, forget 28 Days Later, this is the flesh-eating un-dead on another level! Check it out. 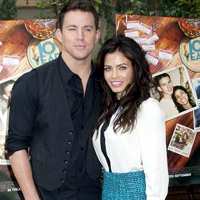 Sexiest Man Alive: It's congratulations to Channing Tatum this week, who is People magazine's Sexiest Man Alive for 2012. He beat the likes of Ryan Gosling to the title, which has been held for the last year by The Hangover actor Bradley Cooper.

Elmo In the Clear: It was good to hear that Kevin Clash, aka Elmo, has cleared his name over sexual allegations this week. An unnamed accuser has now admitted their relationship was purely legal and consensual. We hope to see Kevin back on Sesame Street in the neat future!

The Wedding That Never Was: We were astonished this week to hear that comedy actress Janeane Garofalo has married to Big Bang Theory producer Rob Cohen for 20 years, but never knew it! Apparently the couple got hitched in Las Vegas, but had no recollection of the nuptials!

Gang-nan Style: Madonna may be the elder stateswoman of pop nowadays, but it didn't stop the 54-year-old pulling up viral-star Psy on-stage at New York's Madison Square Garden this week. The unlikely pair sang the Korean's internet hit Gangnam Style as well as taking a stab at Madge's smash hit Music!

Stones Keep Rolling On: Great news for the Rolling Stones fans who missed out on tickets to the group's forthcoming gigs in London and New Jersey. Jagger, Richards and company will now also be playing at the Barclays Centre in Brooklyn - Jay-Z's backyard.

Morgan Spurlock, One Direction? Their paths should never cross, right? Well, not exactly. Documentary filmmaker Spurlock is making a 3-D movie with the British X Factor boys. Sounds insane? It probably will be.

Video of the Week: This week's hottest footage comes from backstage at the annual Victoria's Secret fashion show in New York. Models including Doutzen Kroes, Miranda Kerr and Candice Swanepoel are amongst the models preening themselves before the big show!