'National Treasure' actor Justin Bartha will reprise his role as Riley Poole as a guest star in the upcoming Disney+ spin-off. 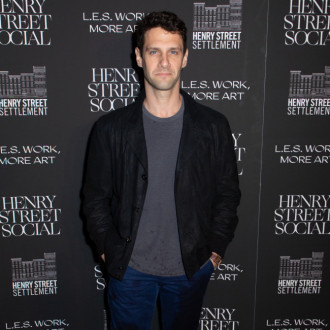 Justin Bartha will guest star in the 'National Treasure' series.

The 43-year-old actor - who played sidekick Riley Poole alongside Nicolas Cage's Ben Gates in the 2004 movie and its 2007 sequel - will reprise his role in the upcoming spin-off series.

"Let’s welcome Justin Bartha back in his guest role as Riley Poole in the #NationalTreasure series coming to #DisneyPlus!"

The series will star Lisette Alexis as Jess, described by the team as a "brilliant and resourceful DREAMer".

In the show, she "embarks on the adventure of a lifetime to uncover the truth about her family’s mysterious past and save a lost Pan-American treasure".

Marianne and Cormac Wibberley - who have co-written the pilot episode - will serve as executive producers while Rick Muirragui is on board as a writer on the series, and Mira Nair will direct.

The show is currently in production but does not yet have a release date.

Fans are hoping to see Cage back as Ben Gates in the series, but he has suggested he had fallen out of favour with Disney.

He recently said: "The phone stopped ringing. It was like, ‘What do you mean we're not doing National Treasure 3? It's been 14 years. Why not?’

Asked about Jerry Bruckheimer commenting on a future for the franchise, he added: "When I talk about fair-weather friends in Hollywood, I'm not talking about Jerry. I'm talking about Disney.

"They're like an ocean liner. Once they go in a certain direction, you've got to get a million tugboats to try to swivel it back around."