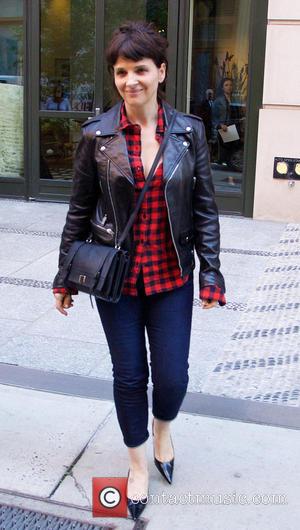 Binoche accepted the award, which is voted for by a jury of 20 top movie reviewers, on behalf of Sils Maria's cast and crew during a ceremony in Paris on Monday.