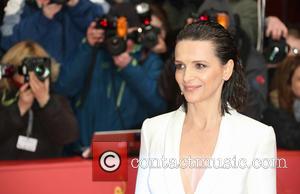 Buck won the Pulitzer Prize in 1931 for her novel The Good Earth, and she picked up the Nobel Prize for Literature seven years later.

Pearl will take place in 1927 following the Nanking Incident, which launched the Ten Years Civil War between Communists and Nationalists in China, and will chronicle the story of Buck's escape from the city, according to Variety.com.

Director Roxanne Messina Captor says, “I have been writing this project for some time, having read The Good Earth at age eight.

“Buck’s life intrigued me as she was a bigger than life soul who accomplished so much. The support of Juliette... has been the push the film needed.”

Production is slated to begin in 2016 in Zhejiang Province, Shanghai and Prague.

The Good Earth was adapted into a film in 1937, starring Paul Muni and Luise Rainer, who won the Oscar for Best Actress.