French actresses Juliette Binoche and Valeria Bruni-Tedeschi turned up the heat at the Cannes Film Festival on Friday (13May16) when they locked lips at a photocall. 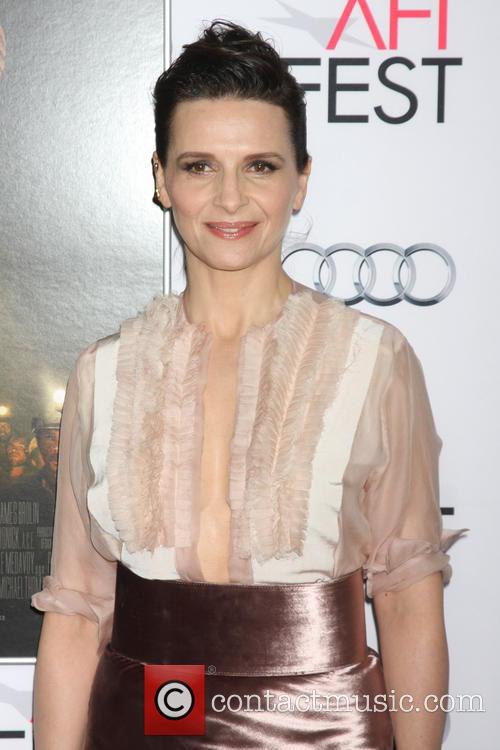 The stars were promoting their new dark comedy, Slack Bay (Ma Loute), with co-star Fabrice Luchini, when the 64-year-old actor decided to plant a big kiss on Valeria's lips.

He then leaned over to Juliette to show her the same amount of affection, but the eye-raising smooching session didn't end there as the Chocolat beauty then turned to Valeria and shared a steamy same-sex kiss, much to the delight of the waiting photographers.

Fabrice played up to the cheers as he moved between the two ladies to watch them in action, before interrupting for his own kiss. They trio fell about laughing and hugging after the kissing session, reports DailyMail.co.uk.

The unexpected public displays of affection took place as the actors were interviewed for their new movie, which centres on a series of strange disappearances in France.

Slack Bay, directed by Bruno Dumont, is one of the contenders for the prestigious Palme d'Or award at the festival. It will face tough competition from titles including Sean Penn's The Last Face, Nicolas Winding Refn's The Neon Demon, Paterson by Jim Jarmusch, Ken Loach's I, Daniel Blake, and Julieta from Spanish filmmaker Pedro Almodovar.

Kirsten Dunst, Donald Sutherland, Mads Mikkelsen, Vanessa Paradis, director/writer Arnaud Desplechin and Hungarian filmmaker Laszlo Nemes will be among the stars on the jury, helping to choose the winners of the top awards.