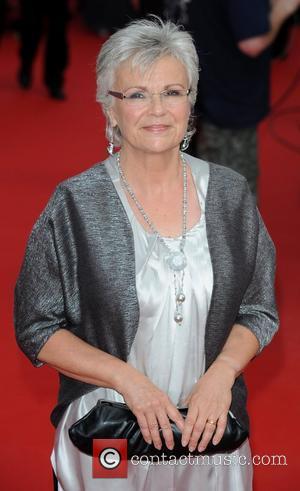 Julie Walters felt sad filming her final scenes for the Harry Potter movies - because she realised she had watched the young castmembers grow into adulthood.
The British actress plays motherly Molly Weasley in the wizard franchise and she recently wrapped up work on the final movie - Harry Potter and the Deathly Hallows Part II.
But Walters found herself close to tears during her last day on set as it was hard to part ways with her young co-stars, including Daniel Radcliffe, Emma Watson, and Rupert Grint, having spent more than a decade watching them grow into adults.
Walters tells Britain's Hello! magazine, "It was sad. They were all little tots when we started and now they are great big blokes and girls. I felt very sad on the last day. Being part of such a huge phenomenon was amazing. It has meant that a whole generation of children recognise me now.
"Mind you, they don't always, because I wear a wig and padding in the films, which even Daniel Radcliffe didn't realise. I had to point out to him that it's all birdseed under my dress."