Walters: 'Assisted Suicide Should Be Open To Debate 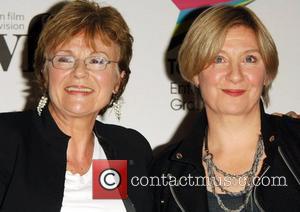 Julie Walters has called for a debate on the controversial topic of assisted suicide following her role in a TV drama tackling the subject.
The actress stars in the upcoming BBC drama A Short Stay in Switzerland as a doctor diagnosed with a rare degenerative brain disease who ended her life with the help of euthanasia organisation Dignitas.
The drama is based on the true story of retired doctor Anne Turner, who died in 2006 in Zurich, Switzerland, after witnessing the death of her husband from a similar incurable neurological disease.
And Walters was so moved by her character's courageous act, she is urging the public to openly discuss euthanasia.
She says, "I think it should be debated more. I think for Anne it was absolutely the right thing to do. She was an intelligent, informed, articulate woman who knew exactly what the disease was and had nursed her husband through a very similar disease and watched him die."