Julie Walters is happy to have been able to swear in 'Harry Potter and the Deathly Hallows: Part 2' because it was such a famous line in the book. 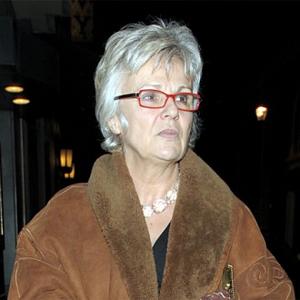 Julie Walters is glad she got to call Helena Bonham Carter's character a "bitch" in 'Harry Potter and the Deathly Hallows: Part 2'.

The actress - who plays usually mild mother Molly Weasley in the film series - is glad producers of the film kept in the line "not my daughter, you bitch," in The Script when it came to one of the film's pivotal scene, in which The Witch Bellatrix (Helena Bonham Carter) is trying to kill her daughter, Ginny.

Julie explained: "'Deathly Hallows: Part 2' is Mrs Weasley's big moment. She's right in the middle of the Battle of Hogwarts. Before we've seen her as a sweet mum, even though she is a wizard. But you see another side to her. And she has one of the most famous lines in the books. Everyone wrote to me and said, 'I hope they're not going to Take That out, are they?' "

Julie's co-star, Daniel Radcliffe - who plays the titular wizard character - said he is also glad the family friendly film series allowed the line, as it's pivotal to the high emotions of the series' final battle.

He said: "I've always been very against any swearing in these films and I don't know why because I swear so much in my real life, but if the, 'not my daughter, you bitch!' line is in the book, then that's fine."

'Harry Potter and the Deathly Hallows: Part 2' is in cinemas from July 15.