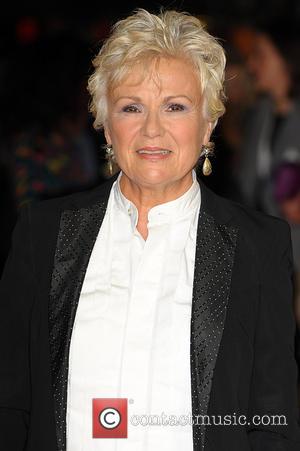 British actress Julie Walters fears she lives in a haunted house after witnessing a series of ghostly goings-on.

The Harry Potter star shares a 16th Century former inn on the south coast of England with her husband Grant, and the couple has noticed various odd incidents over the years.

Strange noises, spooky apparitions, and the unexplained smell of cigarette smoke have left them wondering if the property has a resident ghost, but they are determined not to be driven from their home.

Walters tells Britain's Notebook magazine, "Our house used to be an old inn and parts of it are 16th and 17th Century. When we first moved in, my daughter Maisie was six and one day she told me there was an old man wearing a top hat, looking in through the window at her on the toilet. A medium told me the top hat is significant - it's meant to be someone checking on someone.

"In the last few years we've also heard strange humming sounds and banging on the door when there's no one there and smelt cigarettes - but no one smokes at home. Creepy."