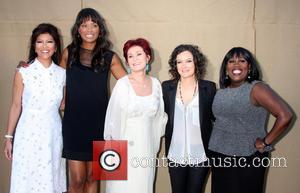 ig Brother host Julie Chen is preparing to face down houseguest Aaryn Gries when Gries is eliminated as a contestant on the reality series, Chen said during an interview at the Television Critics Association summer tour on Wednesday. My plan is to have an open mind and to try and understand where she is coming from, Chen said. I want our talk to be calm and level-headed. Gries set off a storm of criticism for racial and homophobic remarks to other contestants on the show -- remarks that led to her being fired by a modeling agency. But because the contestants are kept isolated in the Big Brother house, she is presumably unaware of the minefield she will walk into when she is evicted from the Big Brother house. During a conference call with analysts and reporters on Wednesday, CBS chief Les Moonves remarked that he found Gries's comments absolutely appalling. He said that he watches every episode of the series, because if he didn't, my wife would kill me. His wife is show host Julie Chen.