Emily Blunt will star as everyone’s favourite Nanny in the sequel.

Filming is currently underway at Shepperton Studios in Surrey, England and the musical is scheduled for release on December 25, 2018.

Continue reading: Here's What We Know So Far About 'Mary Poppins Returns'

Emily Blunt has some very big shoes to fill when she steps into the role of Mary Poppins in the upcoming Mary Poppins Returns. But the actress, who will begin filming the sequel early next year, has already been given the backing of the legendary Julie Andrews, who first played the role in 1964. 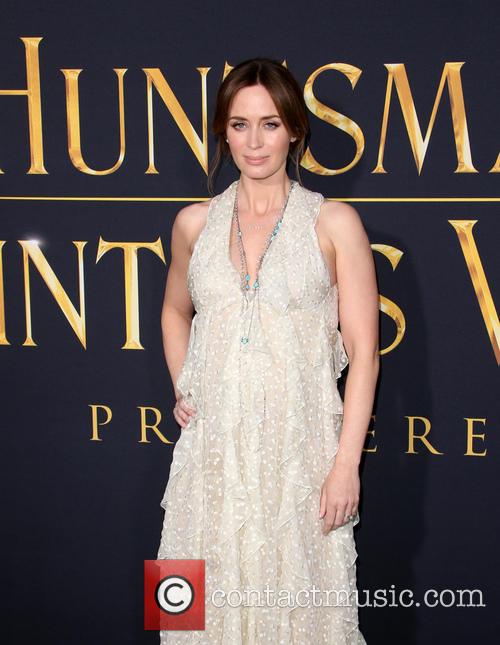 Speaking to Entertainment Weekly Blunt said that Mary Poppins Returns director Rob Marshall had spoken to Andrews and she’d given the actress her stamp of approval. “Rob said he was in the Hamptons, and he saw [Andrews], and he said, ‘It’s top secret, but Emily Blunt’s playing Mary Poppins and she went, ‘Oh, wonderful!’” Blunt revealed.

The 80 year old actress will star in 'Julie's Greenroom', coming to Netflix in early 2017.

Julie Andrews has landed her first starring role in nearly ten years courtesy of Netflix. The streaming giant is teaming her up with The Jim Henson Company for a new puppet-based show aimed at pre-schoolers.

Vanity Fair reported that the new series will be called ‘Julie’s Greenroom’, which began filming in May and is due to premiere on Netflix in early 2017. Andrews is to star as ‘Ms. Julie’, the headmistress of a performing arts school attended by “a new generation of kids known as the ‘Greenies,'” represented by a slew of newly-designed puppets from Henson’s workshop.

Julie Andrews is to front a Netflix children's show

Parker was nominated for an Oscar on three occasions, but she is best known for her portrayal as the Baroness in the 1965 musical

Eleanor Parker, an esteemed actress with a rich history of well-received performances from a career stretching over 50 decades, has passed away due to complications from pneumonia at a medical facility close to Palm Springs, California. The renowned actress was 91-years-old upon her death, with Variety first releasing the news of her passing.

Beginning in 1941 with an unused bit part in They Died with Their Boots On and lasting until her appearance in the TV movie Dead on the Money in 1991, Parker was one of the best know actresses of her time in the 1950's and 60's. In her 50's heyday, Parker was nominated for an Academy Award three times, all for Best Actress, but it is her role in the timeless movie version of Rogers & Hammerstein's The Sound of Music that she is known best for today.

Her role as The Baroness, who was left behind by Christopher Plummer's Captain Von Trapp for Julie Andrews' Maria in the film, has made sure that she has been remembered to this day, however Parker was an well-regarded and wide ranging actress in her day.

By Hayley Avron in Lifestyle / Showbiz on 12 November 2012

The iconic dress worn by Judy Garland in The Wizard of Oz has been sold at auction for $480,000. The auction house Julien’s Auctions have revealed that the blue and white gingham pinafore fetched the staggering sum during a two-day auction of Hollywood memorabilia. It was the highest priced item in the auction, which attracted bids from across the globe. The auction ended on Saturday (November 10, 2012).

Other memorable items to have sold included Steve McQueen’s racing jacket, which went for $50,000. The purple skirt worn by Marilyn Monroe in River of No Return sold for a similar amount and the dress worn by Julie Andrews in The Sound of Music brought in $38,400. All unarguably impressive figures, but not a patch on Judy Garland’s ‘Dorothy’ dress. Sunglasses were another popular item, fetching relatively high sums The shades worn by Jean Reno in Leon sold $8,320, whilst Johnny Depp’s glasses went for $3,250.

There’s no news on who’s purchased the items or what use they’re intended for. We think anyone walking down the street wearing Dorothy’s dress would look a little incongruous in this day and age. Though, if you had the sparkly red shoes to match and a tin man, a lion and scarecrow in your entourage, you could at least convince people that you were off to a fancy dress party. Steve McQueen’s biker jacket though? Well, on the right person, there will most likely never be a time when that just doesn’t look insanely cool.

Derek Thompson is a minor league ice hockey player with the nickname 'The Tooth Fairy', racking up penalty minutes is one of his favourite past times. The more damage he does to the opposing team, the more his fans love him. When Derek is sentenced to one week of being the real tooth fairy for admonishing a child's dreams.

Up until recently Gru has always been the number one supervillain until a tremendously nerdy supervillain called Vector takes his crown. Now sworn archenemies Gru must come up with a plan that's so devious that Vector will never be able to outdo him Gru plans to steal the moon!

By Christopher Null
Bad
Chances are you've never heard of Darling Lili, despite Blake Edwards as director and Rock Hudson and Julie Andrews as stars. Hell, audiences in 1970 barely heard of it, because it was a disaster on release. It's so bad it never even merited an appearance on VHS. Well, DVDs are cheap, and Blake Edwards is still alive and enjoying new noteriety thanks to a recent Oscar appearance... and Andrews is in the news, too. So why not put out a director's cut of what might be the worst film either of them ever made?

Problem #1 can be seen in a premise: It's a film that no self-respecting studio head should have ever greenlit, but inexplicably somebody did. Who in their right mind could have thought that anyone would want to see a musical about Mata Hari? Not even the real Mata Hari, but a Mata Hari-like character plying her trade during World War I.

The Americanization Of Emily Review

By Christopher Null
Good
Arthur HIller directed this oddball black comedy (script courtesy of the masterful Paddy Chayefsky), which turns out to have little to do with Emily (Julie Andrews) at all. Rather, the film captures a quirky navy admiral who's intent on having the first casualty at Omaha Beach be a sailor -- and he wants to capture it on film. Lt. Commander James Garner doesn't want to go, and all manner of hijinks ensue. James Coburn steals the show, and rescues it from dated, overblown oblivion.

By Pete Croatto
Excellent
Parents, you have a responsibility. Your kids should not know Julie Andrews just from the two Princess Diaries movies. Luckily, you have an opportunity since Mary Poppins, the movie that landed Andrews an Oscar and made her a star 40 years ago, has just been released on DVD for its 40th anniversary.

Andrews is just perfect in the title role, a mystical nanny who literally falls from the London sky and into the lives of two lonely children in 1910. The kids desperately need some kind of attention. Their father (David Tomlinson) is a workaholic, brown-nosing banker, who treats his kids as two obstacles in keeping an orderly home. Mom (Glynis Johns) is no better, a dingbat who prefers supporting social causes to spending time with her kids. Funny how little things have changed, huh?

Carrie Underwood Gets The Julie Andrews Seal Of Approval Ahead Of NBC's 'The Sound Of Music Live!'

Julie Andrews' Sound Of Music Costumes To Be Sold At Auction

Carrie Underwood To Star In The Sound Of Music Tv Revamp