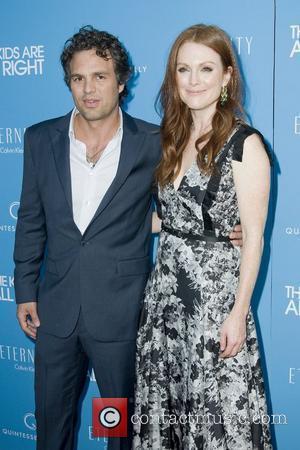 A billboard featuring Julianne Moore posing naked for a fashion campaign has been banned by officials in Venice, Italy after it was deemed "inappropriate".
The Far From Heaven star stripped off for a recent shoot for Bulgari handbags and plans were in place to erect a promotional poster in the city's famous St Mark's Square.
But Venice's recently elected mayor, Giorgio Orsoni, deemed the picture - which shows Moore posing with only a handbag protecting her modesty - too risque.
He says, "An advertisement showing a nude woman on a divan is not appropriate for St Mark's Square."
The billboard will instead show less racy images of the actress fully dressed and modelling Bulgari jewellery, according to Britain's Daily Telegraph newspaper.