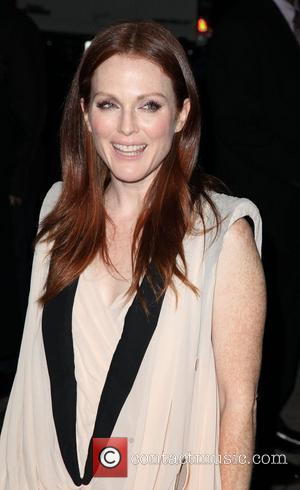 Actress Julianne Moore has been unveiled as the new face of Bulgari jewellery.
The Hours star, 49, was chosen for the modelling job because her beauty, "timeless charisma" and "inescapable magnetism" was the perfect representation of the Bulgari woman, according to a brand spokesperson.
Moore will model the exclusive label's gems in its upcoming spring/summer 2010 campaign, which is expected to begin in February (10).
The announcement comes on the same day Moore learned she's among the Golden Globe nominees - the actress snagged a Best Supporting Actress nod for her role in A Single Man.