Julianne Moore has been named as the new face of Women's fashion brand Talbots. 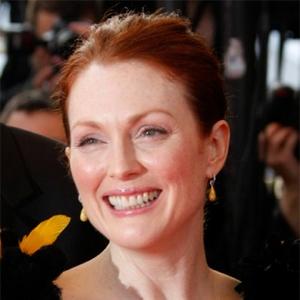 Julianne Moore has been named as the new face of Talbots.

The 49-year-old actress replaces supermodel Linda Evangelista as the face of the US Women's clothing brand for their spring 2011 campaign, starring in an advertising campaign and a catalogue.

"What I love about Julianne Moore is that she's a natural beauty-she's a true American Beauty. She will make our brand feel modern, which is what the 40-ish woman is. She's effortless-an effortless beauty."

He also said he hopes Julianne will be less "severe" than Linda, adding: "A lot of women recognised Linda Evangelista as a woman they knew. The reaction was tremendously positive.

"We wanted it to be dramatic - we wanted it to turn a lot of heads, which it did. We were more severe on purpose . I think Julianne Moore will soften our look."

Julianne has previously modelled for designer Tom Ford and starred in a series of ads for fashion brand Bvlgari, where she posed naked with a handbag and lion cubs, which were banned in Venice, Italy, for being too racy.

Linda's autumn 2010 campaign was used to re-launch the brand. Julianne will shoot the photos for the brand this week with photographers Mert Alas and Marcus Piggott.