The 54-year-old actress is nominated for the best actress Oscar for her role in the drama 'Still Alice.'

Although Julianne Moore has received four Oscar nominations throughout her successful movie career, the 54-year-old actress has always came up short on the night of the prestigious ceremony, so she is hoping to be victories on her fifth nod at next weekend's 87th Annual Academy Awards. 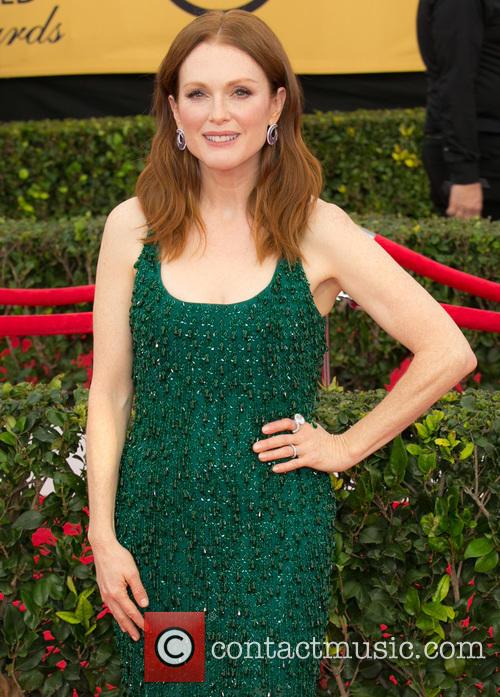 Moore is nominated for the Best Actress Oscar

Moore recently sat down with Parade magazine to discuss her Best Actress nomination for her starring role in the drama 'Still Alice,' admitting that she is hoping to receive the big prize.

"That's the nomination from your peers," Moore told the mag. "It's a very, very big deal."

More: Julianne Moore Explains Why She Became An Atheist: "I've Completely Created My Own Life"

However, the veteran film star still has to beat out some very talented competition, her fellow nominees include Marion Cotillard ('Two Days, One Night'), Rosamund Pike ('Gone Girl'), Felicity Jones ('The Theory Of Everything') and Reese Witherspoon ('Wild').

Even if Moore doesn't win an Academy Award once again, she has still received and array of honours throughout this year's awards season, including a Golden Globe, BAFTA and a SAG. The 'Boogie Nights' actress also gushed to the magazine that she couldn't be happier in her personal life either.

"The family that I have," she said. "The friends. The marriage. How lucky am I?"

Moore and her husband director Bart Freundlich have been happily married for twelve years and are parents to two children, a son Caleb, born in 1997, and a daughter Liv, born in 2002.

"Right before I met my husband, I always felt as if the party was happening somewhere else," Moore added to Parade. "Like, 'Where is everybody else going?' And once I met him and we had our children, I was like, 'This is where the party is.' There's nowhere else I want to be. I see a tremendous amount of purpose and a feeling of belonging."

The 87th Academy Awards, which will be hosted by Neil Patrick Harris, will take place on February 22nd.