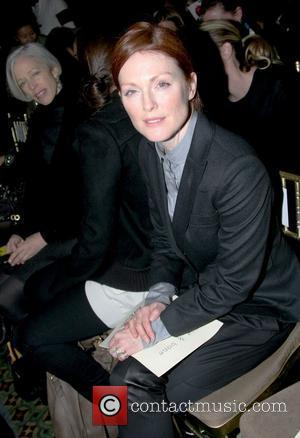 A choking scene in Julianne Moore's new movie TRUST THE MAN is based on a real-life incident when the actress nearly suffocated. In the movie, Moore's character embarks on a no-carbohydrate diet but gets caught out stuffing herself with birthday cake in front of her husband, played by David Duchovny. The film was written and directed by Moore's husband Bart Freundlich, who tells the New York Daily News, "The cake thing really happened. She had such a big piece in her mouth. I saved her. It was in LA around Golden Globes time. And it was my birthday. "She's in this nice, beautiful dress and she's wearing a $100,000 necklace. I come out of the bathroom and see her choking."