Age Is Not A Problem For Moore And Her Young Husband 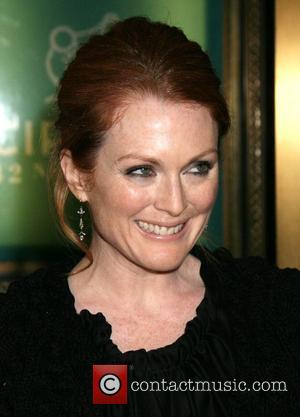 Picture: Julianne Moore attending the Tom Cruise black-tie salute by the 'Museum of the Moving Image' at Cipriani 42nd Street, for his contributions to film New...

Actress Julianne Moore pursued her third husband, director Bart Freundlich, despite being warned off him by friends because of their nine-year age gap. The couple began dating while shooting 1997 movie The Myth of Fingerprints together - and married in 2003. Moore, 46, says, "He is nine years younger than me and it was his debut feature film. I thought he was off-limits." She adds that friends told her, "Leave him alone, it's his first movie. You'll able to do this; he won't."