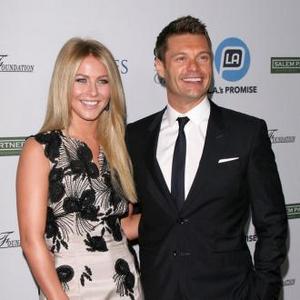 The 23-year-old star plays Sherrie Christian, a former choirgirl from Oklahoma, whose is forced to become a stripper to pay the bills when her dreams of making it big in Los Angeles don't come true and Julianne says her 'American Idol' presenter boyfriend was impressed with her research.

She told orange.co.uk: ''Well, we shot the movie in Miami, so walking down the street felt like being in a strip club! I went to a couple, not too many - my boyfriend appreciated the research though.''

Although like Sherri, Julianne moved to LA at a young age to pursue her dreams of stardom, she says the pair had ''different approaches''.

''I lived with a bunch of model roommates, they were all six-foot-one, gorgeous girls, and they would cheques in the mail for like $10000 for one job, and I would be busting my ass like everyday going to acting and dance classes and teaching from 8 in the morning until 10 at night. And they would still be in their pyjamas all day long and I'd be like 'Why can't I be six-foot-one??'''