As a judge, the 26 year-old star thinks she will be a crossover of fellow judges Len Goodman and Bruno Tonioli.

Earlier this week, it was reported that Julianne Hough will going back to her roots as she is returning to ABC's 'Dancing With The Stars' as the show's fourth judge, joining Len Goodman, Bruno Tonioli and Carrie Ann Inaba, for season 19. 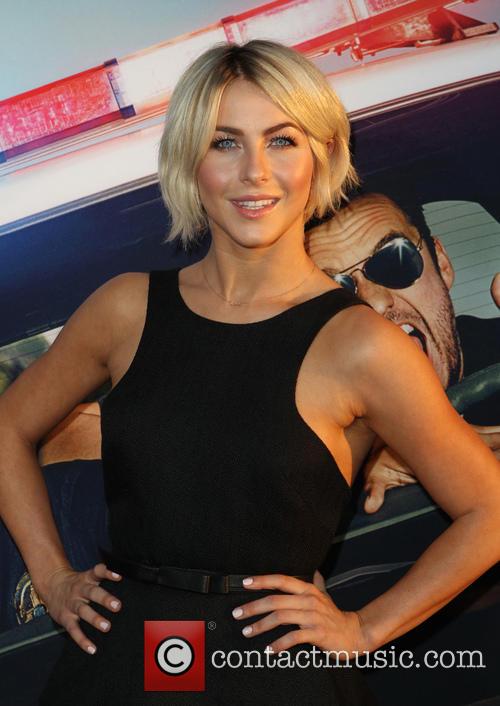 Obviously the two-time Mirror Ball trophy winner, who appeared on the dancing competition show from seasons 4 through 8, is very excited about becoming part of the series once again, but she knows that being on the judging panel will be very different then been a pro.

However, just because Hough knows what the competitors are going through doesn't mean she will be softer towards them. In fact, the 26 year-old star thinks her judging style will be a crossover of Goodman and Tonioli's.

"I think I'm a Luno," she recently told E!News, "because I have a little bit of encouragement like Bruno does [in his critiques], but I also have some honesty and pinpoints, too."

Before embarking on a career in music and television, the 'Rock of Ages' actress was the winner of the show on two occasions, with partners Apolo Anton Ohno and Helio Castroneves. She became the youngest professional dancer to win on the program in her first victory in 2004.

"I'm so excited to be back with my Dancing with the Stars family again on a regular basis. I've always aspired to be an all-around entertainer, whether I'm acting, dancing or singing, and I'm thrilled for this opportunity that will allow me to continue all of those pursuits," she said in a statement. "Derek and I just finished our Move Live on Tour, which reminded me how much I miss the interaction with the dance fans that have been so supportive of me in my career. I am warming up the paddles and the sass, and I'm ready to have fun in this new role."

Julianne will have to judge her brother Derek Hough, who is returning for the next season which airs on September 15th at 8 p.m. on ABC.