Julianne Hough has landed a judging role on 'Dancing with the Stars' after winning the competition as a professional dancer on two occasions. 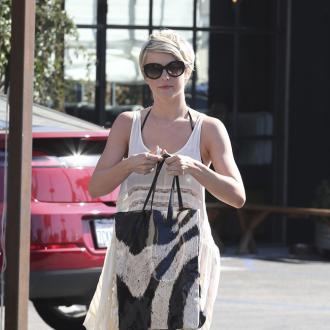 Julianne Hough is set to return to 'Dancing with the Stars' as a judge.

The two-time dancing champion of the ABC show quit the programme after 2009's eighth series to pursue a music and film career, but she is reportedly in line to take up a new role as a permanent panellist on the upcoming 19th season.

Sources have told TMZ that the 26-year-old star - who returned to 'DWTS' as a guest on series 13 and 14 - has been offered the chance to take up the fourth judging position alongside current panellists Carrie Ann Inaba, Len Goodman and Bruno Tonioli.

TMZ also claims that professional dancer Maksim Chmerkovskiy, who won the 18th season of the show earlier this year with his partner Meryl Davis, is annoyed at missing out on the judging role.

Julianne is no stranger to sitting on the 'Dancing with the Stars' panel as she filled in for Len as a guest judge in October last year.

Since departing the show after series eight - in which Julianne danced with her then-boyfriend, country singer Chuck Wicks - the star has gone on to appear in several movies including 'Burlesque', 'Footloose' and 'Rock of Ages'.

She is expected to continue pursuing her acting career as her 'DWTS' role will only take up a few hours a week.