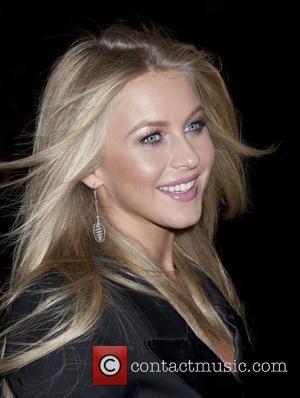 Julianne Hough's been in the news of late for exploits with men other than current boyfriend Ryan Seacrest, not that the 36 year-old presenter appears to be showing the slightest bit of jealousy if recent bizarre Tweets are anything to go by.

Hough's publicists have been forced to deny any dalliances between the 23 year-old and her 'Footloose' co-star Kenny Wormald, with a spokesperson for the actress telling People "it's all completely untrue." Additionally, the San Francisco Chronicle have reported Hough telling the same magazine that 'Rock Of Ages' co-star Tom Cruise helped nurse her back to health. "He took care of me on set," she said, "he was making sure I was OK, and I was like, 'Somebody cares about me, and it's Tom Cruise!'"

Is her boyfriend jealous at all this male attention? Though many are apparently waiting for a reaction from the hugely successful TV personality, Gather reports that Seacrest took to Twitter to talk about somewhat more domesticated matters, mainly toilets; "Two problems with auto-flushing toilets: A) when they flush before ur done. #splashback B) when they don't flush & u can't find the button." Indeed.

The Hough-starring remake of 1984 cult favourite 'Footloose' went on general release in the UK yesterday (14/10.)