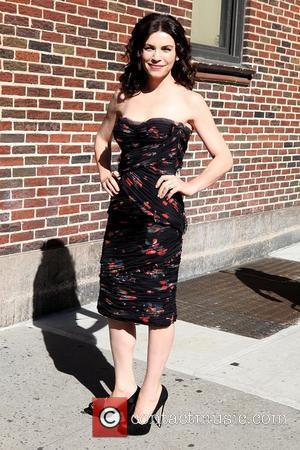 Actress Julianna Margulies is nursing her two-year-old son back to health after he broke his arm falling from a ladder.
Little Kieran, The Good Wife star's child with husband Keith Lieberthal, left the boy in a pal's care but the curious tot managed to get away and climb up a seven foot (2.13 metre)-long ladder.
Margulies refuses to name the caretaker and insists she's not holding a grudge against them - but she's quick to clarify the accident didn't happen on her watch, and she's glad because "the guilt would be greater".
She tells late night U.S. TV host David Letterman, "It was an indoor playground and they had a little loft thing with a slide and he just learned how to climb, and in a split second - look, I wasn't there. I'm not saying it wouldn't have happened had I been there. But you turn your back, he's two-and-a-half, and he's up the ladder. He's actually quite a cautious kid and he just missed a rung."