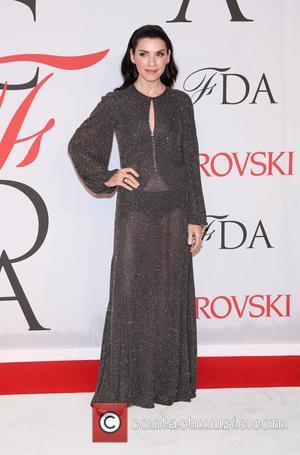 The former E.R. star plays the lead role of lawyer Alicia Florrick in the hit drama.

It later emerged that Julianna and Archie had shot their final joint scene separately, prompting rumours of a feud.

However, Julianna dismissed the story when asked about the rift rumours at the New Yorker Festival in the Big Apple on Sunday (04Oct15).

"I've heard about (the feud). Who says that? It's totally gossip," Margulies told Vulture.com. "I heard that question had been asked to (series creator) Robert King. There's no story there, sorry... I actually had heard (that rumour)...

"I feel people just like to have gossip or make something into something that isn't there. There's no animosity on my part."

The actress went on to explain why the two stars shot their emotional farewell scene apart.

She put it down to Archie's role in U.K. drama The Fall.

"It was shot the way Robert wanted to shoot it," Julianna adds, "You also have to remember, there's difficulty... (Archie) was also doing another show, called The Fall. I went along with whatever Robert asked me to do and I did it happily."