Julian Fellowes' latest period drama 'Doctor Thorne' hits ITV this month, with the second episode having aired on Sunday night (March 13th 2016). There are plenty of new faces and a few familiar ones, and it's already been very warmly received by critics. Could it really be the new 'Downton Abbey'?

Now that 'Downton Abbey' is over and done with after a glorious run of six series and more than fifty awards including three Golden Globes, Julian Fellowes has moved on to his next project; though he's sticking to what he knows. 'Doctor Thorne' is another period drama about families, secrets, money and affairs, but this time it's an adaptation from the 1858 novel by Anthony Trollope. The book was from his Chronicles of Barsetshire series and follows a poor young woman named Mary Thorne, who's been brought up by her uncle with no knowledge of who her parents are, and her romantic endeavours with a local lad named Frank Gresham. 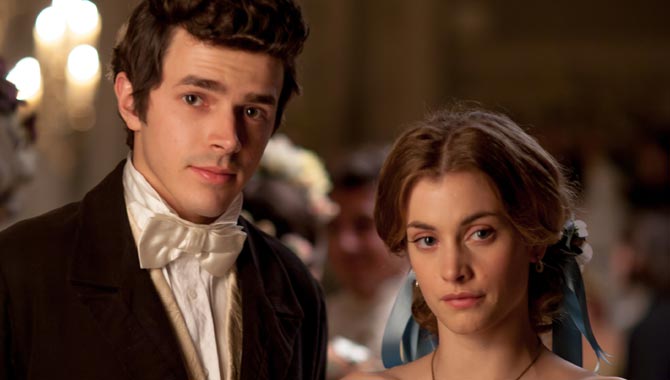 It's a breakthrough role for Harry Richardson and Stefanie Martini

Of course, she isn't allowed to marry this person, despite having grown up alongside him. His parents need him to marry into money due to their own financial struggles, and Mary Thorne doesn't even have a title; only that of the niece of the family doctor. Meanwhile, there's a brash baron named Sir Roger Scatcherd, who's unwittingly putting Doctor Thorne's secret about Mary's parentage in danger of exposure.

More: Julian Fellowes is up for 'Downton Abbey' film

The series stars Tom Hollander ('The Night Manager', 'Pirates of the Caribbean') as Doctor Thorne, with newcomer Stefanie Martini as Mary. Martini is literally only known for a previous role in an episode of 'Endeavour' which aired this year. Playing Frank is another new face, Harry Richardson, while among the rest of the cast are Rebecca Front, Ian McShane and Alison Brie.