A Film Crew Working On Hit Drama Downton Abbey Dressed Up In Period Costumes To Shoot The Show's Final Scenes. 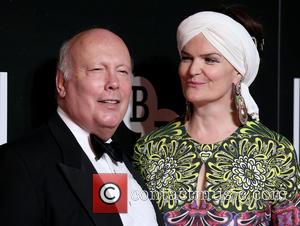 Julian Fellowes' series is set to come to an end after six seasons, and filming on the last episode wrapped up in August (15).

British actress Laura Carmichael, who plays Lady Edith Crawley, has now revealed the crew celebrated shooting the final scenes by donning period costumes behind the camera, while her co-star Michelle Dockery took charge of the clapperboard.

"It was at one of these odd locations where you can't film in the day", she tells British newspaper The Independent of the final scene. "And being a night shoot it just made it so much harder. Everyone had got dressed up, all of the crew were in period dress, so they're having a jolly time, it's four o'clock in the morning... and saying goodbye to something that's been six years in the making. Julian (Fellowes) was at the monitors. Michelle (Dockery) was doing the clapper-loader, and I was just, 'Get the lines right...'

"So it was quite a lot of pressure, and after (my lines) everyone's going, 'Are we saying cut? Are we saying cut? That's a wrap.' We'd got into this weird tradition of when an actor wraps they give a half-speech; I think I just cried."