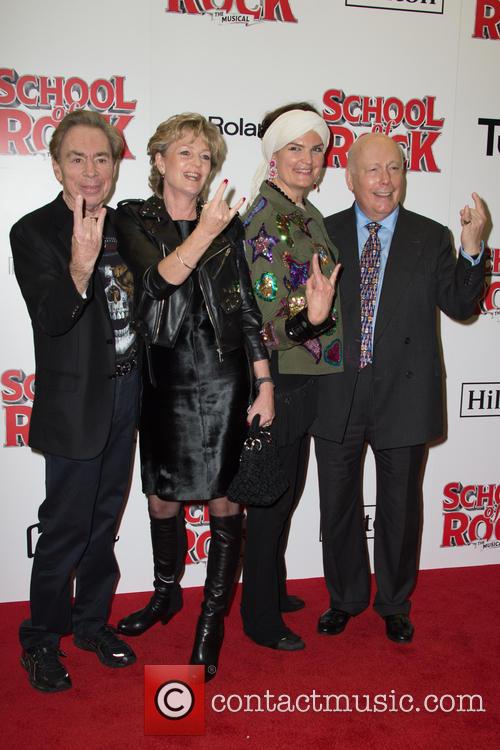 Julian Fellowes' latest period drama 'Doctor Thorne' hits ITV this month, with the second episode having aired on Sunday night (March 13th 2016). There are plenty of new faces and a few familiar ones, and it's already been very warmly received by critics. Could it really be the new 'Downton Abbey'?

Now that 'Downton Abbey' is over and done with after a glorious run of six series and more than fifty awards including three Golden Globes, Julian Fellowes has moved on to his next project; though he's sticking to what he knows. 'Doctor Thorne' is another period drama about families, secrets, money and affairs, but this time it's an adaptation from the 1858 novel by Anthony Trollope. The book was from his Chronicles of Barsetshire series and follows a poor young woman named Mary Thorne, who's been brought up by her uncle with no knowledge of who her parents are, and her romantic endeavours with a local lad named Frank Gresham.

The finale of 'Downton Abbey' will feature at least one blast from the past as the 'Cinderella' actress confirmed her participation.

She may have enjoyed one of the most commercially successful movies of the year with her star turn in Cinderella, but Lily James has revealed that she’ll be returning to where it all began for her with a guest appearance in the Christmas special of ‘Downton Abbey’ next month.

The final episode of the ITV period drama, which has aired for six seasons since 2010, is one of the most closely guarded secrets in television, but the 26 year old actress has revealed (possibly without the permission of the show’s producers…) that she’ll be reprising her character Lady Rose, who was married and journeying to New York at the end of the previous fifth season. 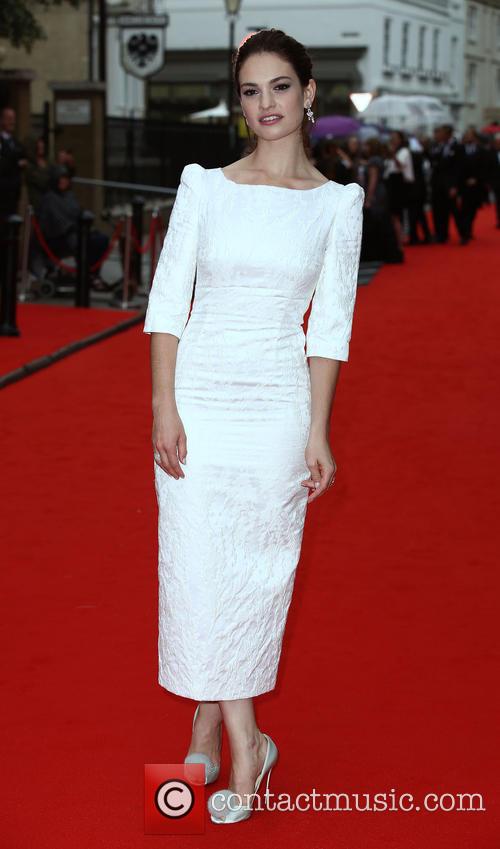 Lily James at the BAFTA Tribute to 'Downton Abbey'

Julian Fellowes is writing a series set in America a few decades before the events of 'Downton Abbey', and has hinted that some of his old characters could make brief appearances in it.

'Downton Abbey’ fans who are distraught about the imminent end of their beloved period drama may be cheered by a suggestion that one of its characters could star in a prequel series. Violet, The Countess of Grantham, played by Dame Maggie Smith in existing series, may be returning in the new American series ‘The Gilded Age’.

Julian Fellowes, the creator and of the smash ITV series and the writer of the forthcoming American project for the NBC network, told the Mail on Sunday that ‘The Gilded Age’ would be set among the high society families of New York in the late nineteenth century. This would mean that, if she were to return, the quick-witted and acerbic Violet would be played by a younger actress in events depicted many decades before those of ‘Downton Abbey’.

The Countess of Grantham, played by Dame Maggie Smith (above) in 'Downton Abbey'

Downton Abbey To End For Good After Sixth Season

The sixth season of Downton Abbey will be the show's last, its creators have announced. Created by Julian Fellowes, the ITV show followed the trials and tribulations of an aristocratic family from 1912 to the mid-1920s.

Paul Giamatti [center] guest-starred in an episode of Breaking Bad

Hugh Bonneville and Elizabeth McGovern have played the Earl and Countess of Grantham since the show began in 2010 - making international stars of them both.

'Downton Abbey' is currently filming its sixth series, and it was honoured by the visit of some real life royalty.

Kate, who is now heavily pregnant, mingled with the cast and crew of the show at its east London studio when the dropped by on Thursday. By all accounts they were thrilled to meet the Duchess, who is a self-professed fan of the show. 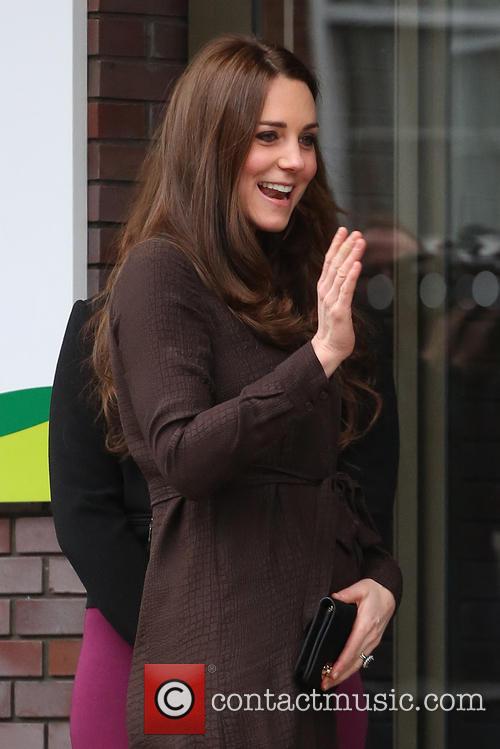 Despite rising US viewing figures, the period drama could be about to find its conclusion.

Downton Abbey is on a high in the USA: the British period drama is charming scores more viewers than ever before for a fourth season, hitting new records for its stateside performance. American viewers are hooked on the drama and mysteries of the aristocratic Crawley family in Julian Fellowes' hugely successful show.

So why is it then that the future of the show, which has just aired its fifth episode of season four in the US, is so unclear with rumours emerging that Fellowes and the Downton team could be set to pack up shop sooner than anticipated to move on to new projects? Downton has struggled with ratings in the UK, having steadily experienced falling viewers throughout its fourth outing, which aired in the second half of last year.

Continue reading: 'Downton Abbey' Ratings Healthy In US: Is It Really All About To End?

The popular ITV drama is a big hit with the American audience.

Downton Abbey's fourth season premiere in the USA attracted a magnificent 10.2 million viewers, proving the British period drama is as popular as ever across the Atlantic, despite falling viewing figures in the UK. Sunday's episode drew a record audience for a PBS series premiere and was also the evening's most watched programme, according to BBC News.

The New Series Of 'Downton Abbey' Has Attracted A Huge American Audience.

The fourth series of ITV's hit drama, which centers on the aristocratic Crawley family in their Yorkshire country estate, has been struggling to attract the same level of viewers in the UK as in previous seasons. The viewing levels upon the programme's return have been healthy nonetheless, with an average of 11.8 million viewers across series four, but have seen a gradual decrease over time.

Julian Fellowes Admits That 'Downton Abbey' Could End Next Season

A fifth season of the show has already been commissioned, but it might be the last

Downton Abbey is by far one of the most successful TV series on the small screen today, drawing in huge, devoted viewer figures week in week out on both sides of the Atlantic. However all good things must come to an end and if series creator and writer Julian Fellowes is to be believed, then Downton's days may already be numbered. 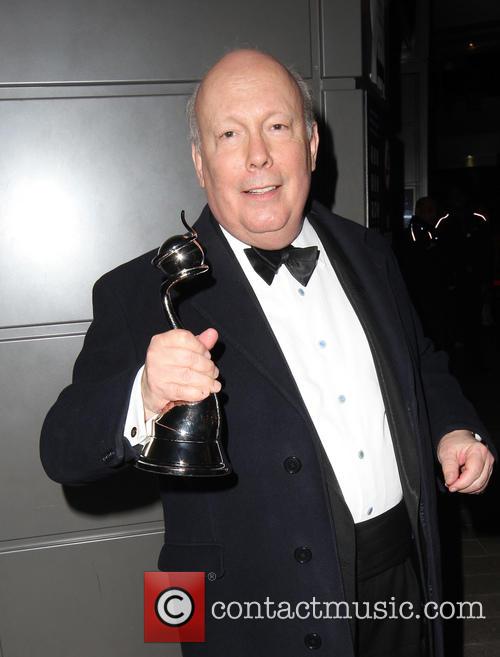 Speaking on American TV (via The Telegraph), the Oscar-winning writer revealed that the upcoming fifth season of the hit period drama might also be the last, as he looks to move on different projects, namely the planned series The Gilded Age. In the interview, Fellowes conceded that although he would like to see Downton continue, he would rather not spend his time confined to just one piece of work. Unwilling to work on two projects at once - the last time he did this was with Downton and the widely criticised Titanic in 2012 - Fellowes has said that he will take time off from Downton Abbey to work on other projects, perhaps ending the show for good. 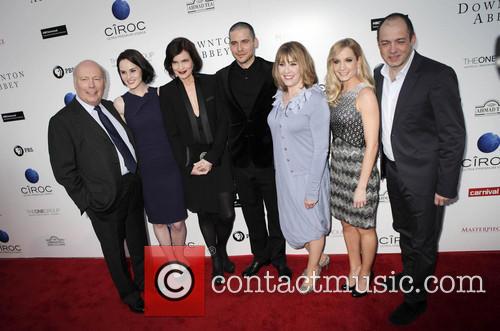 Julian Fellowes Admits That 'Downton Abbey' Could End Next Season