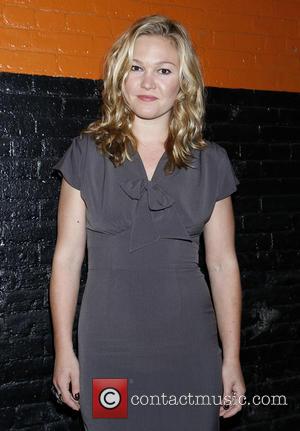 The 10 Things I Hate About You actress stars in Phoenix, a drama based around a one-night stand, which opened at the Cherry Lane Theatre in Manhattan on Thursday night (07Aug14).

However, the production has been hit with a slew of scathing reviews, and a number of one-star ratings.

Joe Dziemianowicz of the New York Daily News cites similarities to Seth Rogen and Katherine Heigl's movie comedy Knocked Up, but insists the play is undermined by "dialogue that is forced and artificial" adding, "The title has double meaning - a city in Arizona and a bird rising up from the ashes. Phoenix can't boast of such an ascension. It never gets off the ground."

The New York Post's theatre critic Elisabeth Vincentelli also gave the play one star out of a possible five, and filed her review under the heading, "Julia Stiles tanks in terrible rom-com play Phoenix". She also calls the play "an attempt at edgy rom-com that needs all the help it can get", adding, "You'd think Julia Stiles would know better after all those movies... Yet here she is in Phoenix, looking mighty uncomfortable in a bad play that's just as poorly staged and even more horrifyingly costumed."

Elysa Gardner of USA Today concludes, "'I'm getting sick of my own voice', says Sue, one of the two characters... toward the end of the final scene... Sadly, by this point in the play... you'll be tired of both, though particularly hers."

However, The Hollywood Reporter's Frank Scheck concedes the play has a "sly charm that sneaks up on you," adding, "While the plotting is both thin and contrived, the playwright displays a gift for sharp, funny dialogue."

The play, written by Scott Organ, is reportedly set to be made into a film by Robert Redford's director daughter Amy.