Actress Julia Stiles Is Heading Back To The Bourne Identity Franchise To Reprise Her Role As A Secret Agent Alongside Returning Star Matt Damon. 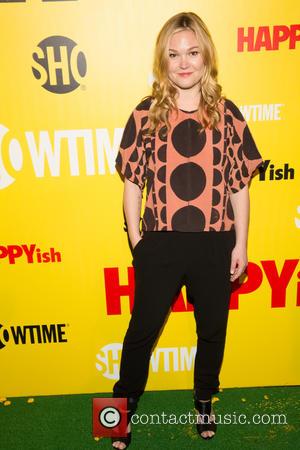 Picture: Julia Stiles - Stars of the new comedy TV series 'Happyish' among a variety of other stars were photographed as they attended the premiere party...

Stiles played spy Nicky Parsons in the first three instalments of the action series, based on the books by author Robert Ludlum, but both she and Damon were absent for 2012's The Bourne Legacy, which shifted focus from the Good Will Hunting star's character Jason Bourne to a new Black Ops agent, portrayed by Jeremy Renner.

Damon confirmed his involvement in the next Bourne film in November (14) after filmmaker Paul Greengrass, who directed 2004's The Bourne Supremacy and 2007's The Bourne Ultimatum, signed on to take charge of the forthcoming sequel, and now Stiles has agreed to reteam with the pair for another round, reports Deadline.com.

Ex MAChina star Alicia Vikander is also rumoured to be in talks to join the new, as-yet-untitled Bourne project.