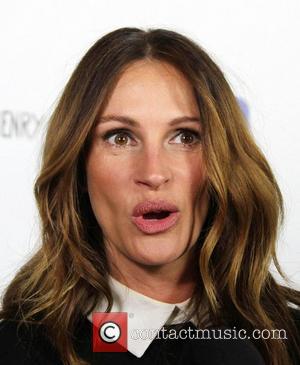 These days, whenever Julia Roberts does something you know it's worth being excited about (Valentines Day is an exception). Her female characters defined the aspirations of the woman of the 90s and she was once the highest paid woman in Hollywood. Now, it has been confirmed that she'll be appearing in an adaptation of Larry Kramer's autobiographical play 'The Normal Heart', and will begin production this year, to air in 2014.

The Normal Heart is about Kramer's experience of New York in the early 80s, during the boom of HIV/AIDS. As the Hollywood Reporter says, Ryan Murphy will be directing, who is the co-creator of popular shows such as Glee, Nip/Tuck and The New Normal, all of which have strong homosexual themes, and which make him ideal for this production.

"We are so proud to be involved with this monumental project," says HBO programming president Michael Lombardo. "Ryan has assembled an extraordinary cast to bring Larry Kramer's landmark theatrical achievement to the screen for the first time, and we couldn't be more thrilled to bring this important film to HBO."

As well as Julia Roberts, Mark Ruffalo, Jason Blum, Dede Gardner and Dante Di Loreto will also be starring. Judging by the cast and production team, and the money that's clearly being poured into this project, it's one worth waiting for. We'll keep you posted.