Julia Roberts' The Normal Heart to air on HBO 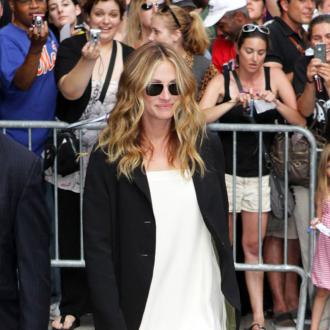 Julia Roberts will star in HBO movie 'The Normal Heart'.

The 'Pretty Woman' actress will team up with her 'Eat, Pray, Love' director Ryan Murphy for his small screen adaptation of the play which features paraplegic physician Dr. Emma Brookner, who treats HIV patients in the early 1980s.

The movie follows the rise of the disease in the 1980s, when it spread rapidly through New York's gay community with Julia's character one of the few people understanding its seriousness.

HBO's Michael Lombardo said in a statement: ''We are so proud to be involved with this monumental project. Ryan has assembled an extraordinary cast to bring Larry Kramer's landmark theatrical achievement to the screen for the first time, and we couldn't be more thrilled to bring this important film to HBO.''

Mark Ruffalo and Matt Bomer will co-star in the drama which is set to air in 2014 with Mark playing Ned Weeks, ''who witnesses first-hand the mysterious disease that has begun to claim the lives of many in his gay community and starts to seek answers.'' ''