Julia Roberts was apparently starstruck by rockers Kings Of Leon at a screening for her new film 'August: Orange County', which features the band on its soundtrack. 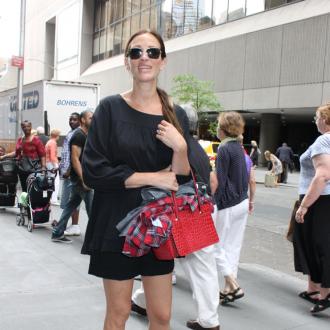 Julia Roberts was starstruck by Kings Of Leon at a movie screening.

The actress was at an event for her new film 'August: Orange County' - which features the band on its soundtrack - and it is said she couldn't contain her excitement.

A source told the New York Post newspaper: ''In a green room [at the Ziegfeld Theatre], a photographer took cast shots, and Julia was saying, 'I feel really uncomfortable right now. Is anyone else uncomfortable because Kings of Leon are here? They're so amazing.' ''

The 46-year-old star met the group at the premiere for the movie, and she then asked them to pose for photos with her and the cast, including Chris Cooper and Juliette Lewis.

It is said the cast then abandoned the VIP area at the after party in favour of spending the night ''on the dance floor'' with the rockers.

An insider said: ''The reserved tables were upstairs, but at about midnight, it was noticeable less people were in the VIP area.

''At first, everyone thought they'd left, but they were all downstairs on the dance floor together with Kings of Leon.''