Julia Roberts Is Protective Over Adele

Julia Roberts has issued a strong warning to any man wishing to date Adele, saying she will come after anyone who breaks her heart. 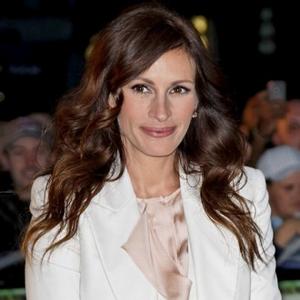 Julia Roberts has issued a strong warning to any man wishing to date Adele.

The 'Pretty Woman' actress is a huge fan of the 'Someone Like You' singer and has threatened to harm her next boyfriend if her treats her badly.

She told Entertainment Weekly: "Anybody that's going to date her is a brave, brave man. You're going to get a whole lot of love, but you'd better treat her right, or we're all coming after you."

Julia says the reason Adele, 23, has become a worldwide star is because people can relate to her and the pain and heartache she's going through.

She said: "Adele's music is so personal that you get invested in her life.

"When Adele had her health scare, I had random people saying to me, 'Oh my God, did you hear about Adele?'

"We feel like Adele's in our book club or she lives near us - that's a gift, to make people feel that way."

Meanwhile, Adele - who recently underwent throat surgery - has revealed she is going to take a couple of years to work on her third album, following the huge success of '19' and '21'.

She said: "I imagine I'll be 25 or 26 by the time my next record comes out, as I haven't even thought about my third record yet.

"I'm just going to lay some concrete, set up home and just 'be' for a bit. I'll disappear and come back with a record when it's good enough."