Julia Roberts in talks to star in Jodie Foster's film

Julia Roberts is in talks with Jodie Foster about starring in financial thriller 'Money Monster' - which Foster is directing. 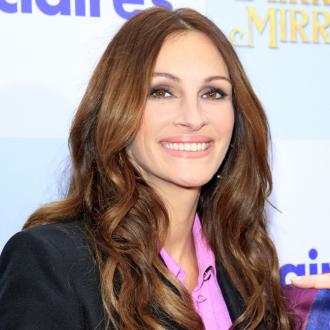 Julia Roberts is in talks to star in Jodie Foster's film 'Money Monster'.

The 47-year-old actress is up for a role in the financial hostage thriller which already has George Clooney on board.

Foster - who is directing the film - wants Roberts to portray Nancy Fenn, the director and executive producer of the cable TV show that Clooney's character Les Gates gives stock advice on.

According to The Wrap, Foster has also approached 'Starred Up' actor Jack O'Connell about playing Kyle Budwell, a blue-collar worker struggling to support his family who makes the decision to take Gates hostage to expose the corruption behind the stock market.

If Roberts signs on to the project she will be reunited with Clooney, 53, whom she previously worked with on 'Ocean's Eleven' and the second instalment of the series.

The script has been written by Jamie Linden and shooting is due to start in 2015.

Away from work, Foster recently sold her Hollywood Hills home for $5 million

The 51-year-old actress-and-filmmaker purchased the abode from model-and-actress Cheryl Tiegs in 1995 and the Spanish-style villa four bedrooms, four full bathrooms and two half bathrooms and a home sauna.