Julia Roberts' portrayal of the Evil Queen in 'Snow White' is so convincing, she gave co-star Lily Collins ''goosebumps'' on set. 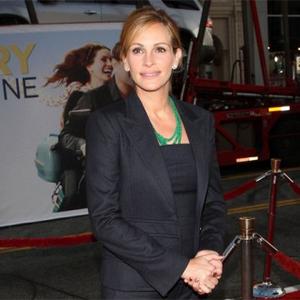 Julia Roberts gave Lily Collins "goosebumps" with her portrayal of the Evil Queen in 'Snow White'.

The 22-year-old actress -who plays the titular character in the upcoming movie - revealed she often forgot she was working with Julia, one of her favorite actresses, because the Oscar winner was so convincing at playing the terrible queen.

She told People: "She gave me goosebumps. She played the Evil Queen brilliantly. You forget that's really Julia because she's so good. Off camera, she's so down to earth and so sweet. We'd be shooting and she's being extremely horrible to me [in character] and once they yell cut, the first thing she says to me, 'Are you okay? I'm sorry, I hate being mean to you.'"

Lily also revealed she loved working with her idol and praised Julia's "energy" on set.

She said: "She's someone that I've looked up to forever, and to be able to be in a scene with her and watch her work is such an honour. She's so funny and she really brings an energy to the set unlike anything I've seen."

Although Kristen Stewart and Charlize Theron are also working on a version of the fairytale titled 'Snow White and the Huntsman', Lily insists there is no competition and she can't wait to see the other movie.

She said: "I'm really excited for Kristen's version and I'm really excited about ours. There's a bit of everything in it. There's romance, lots of action and it's fun and it's a comedic adventure, too. There are some dark moments, but really it is the fairy-tale story that's been updated and modernised."