Emma Roberts Worried She Was Too Pale For Lingerie Campaign

Julia Roberts' Actress Niece Emma Was Nervous About Her Sexy New Lingerie Campaign Photos Because She Fears She's Too Pale To Be Model. 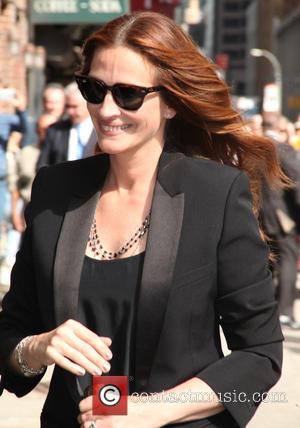 The American Horror Story star stripped down to her underwear for the latest #AerieREAL campaign, which portrays un-retouched models wearing the American Eagle brand's lingerie, and admits she was terrified she'd look washed out in the images.

She tells People magazine, "I definitely have a complex about being pale because I've been made fun of my whole life, so I was nervous about that.

"When I was a kid, everyone would be like, 'Your legs are so pale! I can't believe you're wearing a dress!' And I would get so embarrassed. I would get spray tans, and I look back at those photos now, and I just think, 'Oh my goodness, you're orange'. I would tell my younger self to stop spray-tanning so much. Just own it."

But she was such a fan of the #AerieREAL campaign she put her worries to one side and stripped off.

She adds, "I just loved the messaging behind it. I thought the whole idea was so inspiring... I hope that with this campaign they (young women) start seeing 'real' as beautiful and just who you are, inside and out."