The Creator Of Julia Louis-Dreyfus' Hit Tv Comedy Veep Has Been Forced To Quit The Show In Order To Spend More Time With His Family. 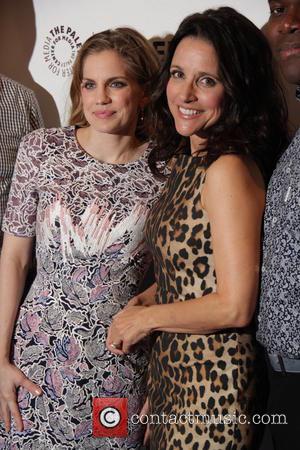 Picture: Julia Louis-Dreyfus and Anna Chlumsky - Photographs from 'An Evening with the Cast of Veep' which was held to celebrate the fourth season premiere of...

Comedy writer Armando Iannucci has been struggling with the demands of the show while his wife and three children remain in the U.K.

A representative for HBO, the cable network behind the show, tells The Hollywood Reporter, "We have had conversations with Armando for some time about the challenges of maintaining his family life in London and producing a show in the States."

David Mandel, who worked with Louis-Dreyfus on Seinfeld, has been brought in as Iannucci's replacement.