Julia Louis-dreyfus Urges Obama To Say No To Pipeline 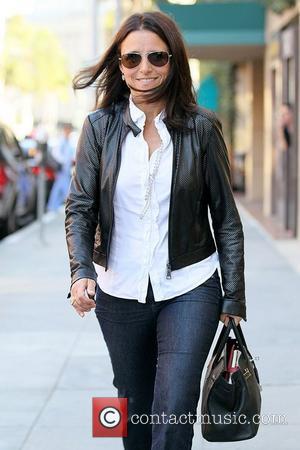 Seinfeld star Julia Louis-Dreyfus is urging President Barack Obama to prohibit plans to construct a major new oil pipeline across the U.S.
The actress has recorded a video asking Obama to reject the permit needed to build the controversial Keystone XL pipeline, which would carry oil from Canada through the heart of the U.S. to the Gulf of Mexico.
Louis-Dreyfus fears oil carried in the pipe would "put air, water, climate and millions of our fellow citizens at risk" if it were to leak.
In the clip, she says, "As we speak, some very greedy guys are trying to make some very big bucks building a very, very dangerous pipeline... Who can stop this mega-stupid mega-pipeline? You can, President Obama! An international pipeline like this one needs a permit directly from you...
"Denying the permit for a brutally stupid money-grab like the Keystone XL pipeline is a no-brainer, right Mr. President?"
Louis-Dreyfus goes on to remind Obama about an upcoming protest against Keystone XL at the White House in Washington, D.C. on Sunday (06Nov11).
She adds, "Thousands of people are gonna hold hands and completely surround your house - the White House - to show you that you have all the support you need. We're counting on you to make the right call. See you at your place on November 6th!"