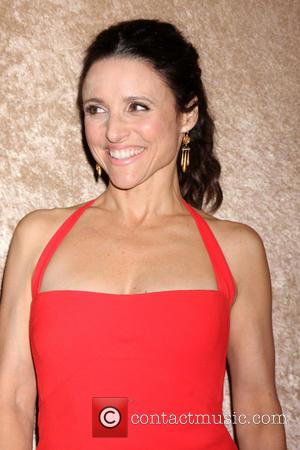 The funnywoman, who was nominated for two acting prizes at the ceremony, was part of hosts Tina Fey and Amy Poehler's opening monologue, appearing onscreen wearing sunglasses and smoking an electronic cigarette.

The gag drew huge laughs from the star-studded crowd, but fell flat with Democrat senators DICk Durbin, Richard Blumenthal, Sherrod Brown and Edward Markey, who insist the skit glamorised the use of electronic cigarettes.

The four politicians have written an open letter to officials at the Hollywood Foreign Press Association, the organisation behind the Golden Globes, and NBC, the Tv network which broadcast the show, requesting they refrain from including electronic cigarettes in broadcasts.

The letter reads, "The Golden Globes celebrates entertainers who are an influence on young fans. We ask the Hollywood Foreign Press Association and Nbc Universal to take actions to ensure that future broadcasts of the Golden Globes do not intentionally feature images of e-cigarettes.

"Such action would help to avoid the glamorisation of smoking and protect the health of young fans."

Leonardo DiCaprio was also spotted inhaling nicotine-laced vapour from an electronic cigarette at his table during the prizegiving at the Beverly Hilton hotel in Beverly Hills, California.