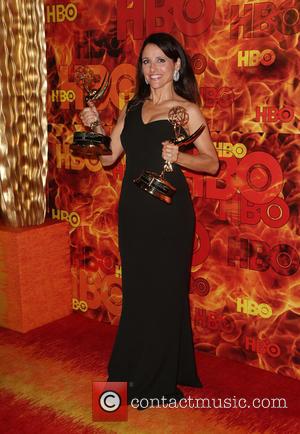 The Emmys: a renowned rewards show, recognising the very top talents in contemporary television, or a chance to showcase some cutting edge prank work? Hmm.

Julia Louis-Dreyfus certainly thinks the latter applies, as she got a touch of the Kimmels and played a prank in front of the live studio audience. Accepting her award for Outstanding Lead Actress in a Comedy, Dreyfus started reading a speech from a crumped piece of paper, before her and Amy Poehler ‘realised’ they’d switched speeches. A quick turn around, a spot of acting and plenty of laughs later, the speech was nearly given, but not before the pair squeezed another gag in, with the former Seinfeld star saying, "Isn't it a shame that Amy Poehler didn't win?" It was a joke in good tact, and a showed a refreshing level of self-awareness from the comedy pair. Well done, we say.

Jimmy Kimmel would have been watching from the wings, snarling that his prank, which involved a fake collapse of Tracey Morgan had to play second fiddle. "OMG, Tracy Morgan just passed out at the Emmys. Turn on ABC right now!" he implored fans to share on their social media accounts. Sure, Morgan was in on the joke, and it was a clever touch to involve fans in interactive social media, but it wasn’t the best prank in the history of awards’ shows. Looks like Kimmel will have to work a bit harder in order to maintain his mantle as Hollywood’s prank king.