Louis-Dreyfus' father, William, died two days before the Primetime Emmys on Sunday - and the 'Veep' star dedicated her win to his memory.

‘Veep’ star Julia Louis-Dreyfus tearfully dedicated her record-breaking Primetime Emmy win to the memory of her father, who had passed away just two days before.

The 55 year old actress mentioned her father, billionaire entrepreneur William Louis-Dreyfus, at the end of her emotional acceptance speech for what her seventh Primetime Emmy win for ‘Veep’ on Sunday night (September 18th). He had died on Friday at the age of 84.

“Lastly, I'd like to dedicate this to my father, William Louis-Dreyfus, who passed away on Friday. I’m so glad he liked 'Veep' because his opinion was the one that really mattered,” she said while trying to hold in her emotions. 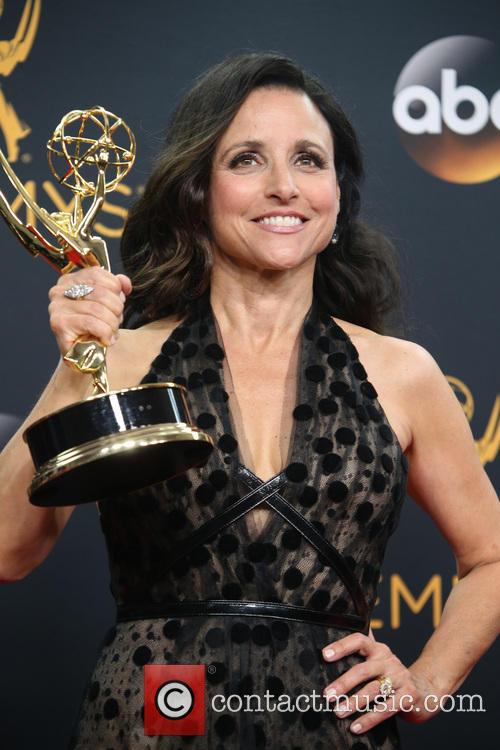 Louis-Dreyfus has played President Selina Mayer on the HBO comedy for five seasons, in the well-received comedy developed by British TV writer Armando Iannucci as an American adaptation of British political satire ‘The Thick of It’. She has won the Emmy for Outstanding Lead Actress in a Comedy Series for the fifth year in a row.

“I think that there is something about Julia, like she is just the kind of person that can do something like tonight under those circumstances,” her co-star Timothy Simons, who plays White liaison Jonah Ryan, told People magazine at the HBO afterparty later that night.

“It's amazing. I mean, it's amazing. She is a trooper, and yeah it's crazy. That's an incredibly hard thing to do under those circumstances, but it doesn't surprise me that she's able to handle it. There's… I mean, nothing that she does would ever surprise me.”

Slightly awkwardly, in the aftermath of Louis-Dreyfus’ dignified speech, viewers took to social media to also mourn the loss of her father. Unfortunately, many misidentified the actor Richard Dreyfuss, 68, instead.

“I'm actually not Julia Louis-Dreyfus' father,” the bemused actor himself wrote on Twitter later that night. “But I really appreciate all the concerned tweets.”