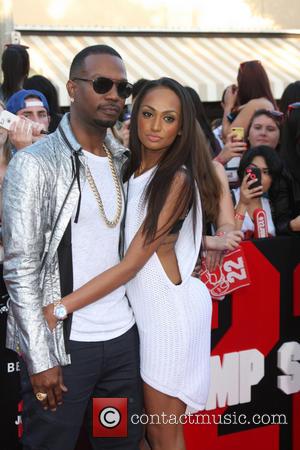 Oscar-winning rappers Juicy J and Dj Paul have been accused of copyright infringement in a new lawsuit, filed in Atlanta, Georgia.

Bank Bag Publishing boss Reggie Boyland claims the Three 6 Mafia stars and their label partners at Select-O-Hits, S.A.T. Entertainment Music and Scale-A-Thon Entertainment illegally sampled Pimps In The House and Listen to the Lyrics, tracks recorded by the rap duo 8Ball & Mjg in 1996, on their second album Chapter 1: The End and their 2000 compilation Three 6 Mafia Presents: Hypnotize Camp Posse, among other releases.

Boyland filed copyright applications for the songs in May (14).

Ironically, 8Ball and Mjg, who are not personally involved in the case, collaborated with Three 6 Mafia on the song Stay Fly, which was released in 2005.

Boyland owns the rights to the two songs at the centre of his suit.

According to Billboard.com, the complaint seeks an unspecified amount in damages, as well as an injunction against the defendants' sale of the infringing works and attorney's fees.