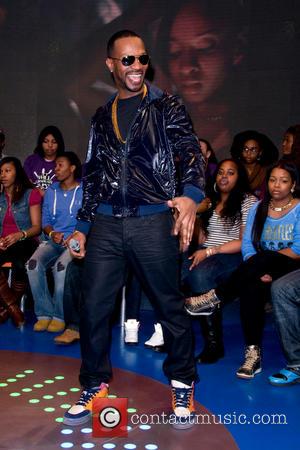 Rapper Juicy J's concert in Texas was shut down by police on Saturday (13Jul13) when two people were hospitalised following a fight at the venue.

The Three 6 Mafia star was due to perform with Z-Ro at the Cabana Sports Bar and Mexican Grill in Midland, but the place was surrounded by cops as he arrived and he was informed the concert had been scrapped.

Expressing his confusion in a video posted on his Instagram.com account, he said, "Midland, Texas, I'm here but I see that the police shut the place down. What the f**k happened, man? I wanted to party, man."

According to local Tv station NewsWest 9, two people were injured during a brawl ahead of the show and a statement from the bar owner, Edwin Jaquez, reads, "I owe it to our customers to provide top security for their enjoyment. It is disappointing to me and my staff for these people who come into the venue (sic) but because of the immaturity of a few people the opportunity to see Juicy J and Z-Ro was missed.

"Two people got hurt and were sent to the hospital for treatment - in respect for the injured - the police ended the event because now it was a crime scene (sic)."

The incident is currently under investigation.