The Star Wars Episode VII rumour mill takes in a national treasure, while spies take over London. New trailers offer Swinton and Hiddleston as immortal lovers, Hoffman as a German agent, a new spin on E.T. and more airbrushed abs than you can count...

The best rumour this week is that Judi Dench may play Mon Mothma in Star Wars Episode VII, which director Jj Abrams starts shooting in the UK this spring. The character is a rebel leader in both III: Revenge of the Sith and VI: Return of the Jedi, but there's no foundation to this story. Rumours have been rampant over recent weeks and are bound to get even more inventive in the coming months. The original Luke Skywalker Mark Hamill has been keeping his lips tightly sealed when being quizzed about 'Star Wars VII'.

Elsewhere in London, Milla Jovovich was on the streets filming her new spy action movie Survivor with Dylan McDermott. The terrorism thriller costars Emma Thompson, Pierce Brosnan and Angela Bassett. Check out our photos from the Survivor Film Set.

In advance of its release next month, a new trailer is giving us a taste of the offbeat vampire drama Only Lovers Left Alive, which did the rounds at festivals last year. The dark, witty film stars Tom Hiddleston and Tilda Swinton as vampires who have been a couple for perhaps a few too many centuries. Costars Mia Wasikowska, Anton Yelchin and John Hurt add to the atmosphere. Watch 'Only Lovers Left Alive' Trailer.

Another new video clip gives us our first intriguing look at A Most Wanted Man, the new film from Anton Corbijn based on the John le Carre novel. It stars Philip Seymour Hoffman as a German spy caught between American and Russian operatives. The film costars Robin Wright, Rachel McAdams and Daniel Bruhl. Take a look at Anton Corbijn directed 'A Most Wanted Man' trailer.

There's also a new teaser for Earth to Echo, a sci-fi adventure about a group of kids who rescue an alien. The movie, which intriguing looks like E.T. meets Chronicle, is directed by Dave Green (Zombie Roadkill) and stars a cast of fresh-faced unknowns. It opens in April. Watch our 'Earth to Echo' trailer here.

And finally, just what we need for a cold winter night: a new trailer for the forthcoming sequel 300: Rise of an Empire, complete with near-naked hunks and airbrushed abs, creepy villains and moody babes in bedsheets. The Greek epic stars Sullivan Stapleton, Eva Green and Jack O'Connell alongside veterans Rodrigo Santoro, David Wenham and Lena Headey. It opens in March and looks pretty full-on nuts. Click here to watch the '300: Rise of an Empire' trailer. 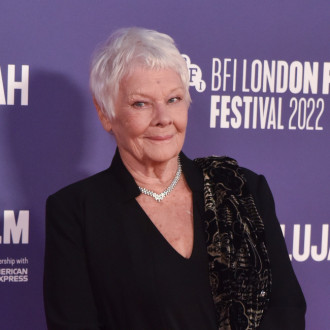 Dame Judi Dench and Finty Williams 'are like Velcro'