Dame Judi Dench doesn't plan to attend the Academy Awards next year, though she insists she always enjoys the ceremony. 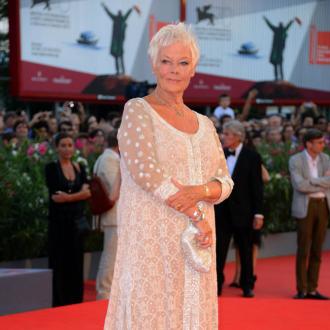 Dame Judi Dench won't be attending the Oscars next year.

The 79-year-old actress - who was nominated for Best Actress this year but missed the ceremony because of filming commitments - insists she ''loves'' the Academy Awards but isn't planning to be in the audience for the 2015 ceremony.

''I mean I love them but I never like to speculate on these things.''

For the next few months, Judi will be filming a BBC adaptation of 'Richard III' opposite Benedict Cumberbatch and she can't wait to work with the ''true gentleman'', who she has known since he was just a child.

She explained to the Daily Telegraph newspaper: ''I knew him when he was a little boy at prep school before he went on to Harrow.

''His mother, Wanda Ventham, was at the Royal Central School of Drama a year ahead of me.

''He is a true gentleman and a thoroughly good actor, which helps. We start on Monday and it's a huge project, six months in filming.''

Judi Dench To Join Daughter On Stage For Election Play